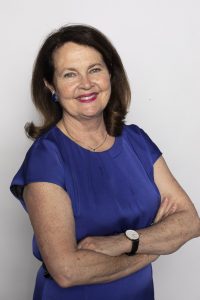 Mrs Ryan is Lead Evangelisation and Catechesis – Catholic Schools Broken Bay in the Diocese of Broken Bay. She is Chair of BBI-TAITE and the Educational Centre for Christian Spirituality.

Mrs Ryan has been an educator for over 30 years including REC at Marist Sisters’ Woolwich, Director of Mission and Development at Rosebank College and Adult Faith Education and Pastoral Formation Coordinator at BBI-TAITE. She was also the National Coordinator for the ACBC eConference and editor of the Mission and Spirituality newsletter through BBI-TAITE.

Mrs Ryan was a founding member of Good Samaritan Education and a member of National Education Board for Loreto and FCJ Colleges.

Mrs Ryan was a founding member of BBI–TAITE and became a director in May 2018.