BBI–TAITE Faculty member Dr Dianne Rayson was drawn towards the study of theology five years ago by a growing concern over what she saw as a failure on the part of Christianity to effectively respond to one of the world’s most pressing challenges –climate change.

Five years later, Dianne has completed her PhD and opened up a new area of research linking the theology of the prominent 20th century German theologian Dr Dietrich Bonhoeffer to a contemporary Christian response to global warming.

“I believe passionately in the importance of connecting the study of theology to the modern world and I see climate change as the seminal issue, not only for my generation, but also for my children and grandchildren”, Dr Rayson explained.

The talented researcher embarked on theology after a career in public health and public policy focused on working with disadvantaged communities in the Northern Territory and Papua New Guinea. Her first Master’s thesis in public health researched pregnancy and childbirth beliefs and practices in PNG to help create a body of ‘women’s knowledge’ to support the safe delivery of babies. 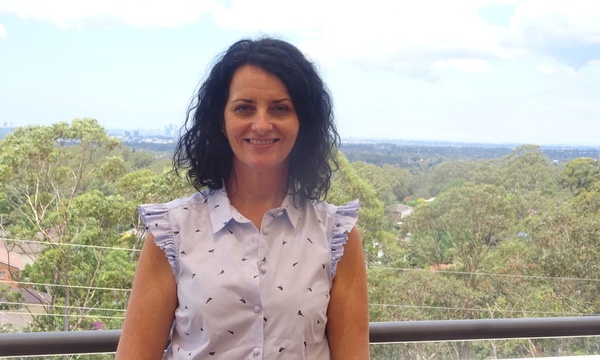 Dianne Rayson enrolled in a Master of Theology program jointly through BBI-TAITE and the University of Newcastle, initially as a way of deepening her personal understanding of faith and Christian belief and ethics in the world.

“It was a truly amazing and wonderful experience for me intellectually, personally and spiritually and I felt very much at home with BBI-TAITE’s emphasis upon self reflection as part of the learning experience”, she added.

Dr Rayson’s interest in the theology of Dietrich Bonhoeffer came about through her being awarded the Flechtheim Scholarship in 2013. The scholarship is awarded to a Master of Theology student each year to support ongoing research into the theology of Dietrich Bonhoeffer and is administered by BBI-TAITE. It is named after Julius Flechtheim, a Jewish law professor who lectured in Germany and who, like Bonhoeffer, was a victim of the Nazi regime of the Second World War.

For Dianne Rayson, the Flechtheim scholarship opened up some remarkable study opportunities, including a summer school in theology at Oxford University.

“I later returned to Europe during my PhD research, visiting key sites in Bonhoeffer’s life story including the concentration camp and prisons where he was imprisoned, and the state library in Berlin where his archives are held”, she explained.

“Bonhoeffer’s theology places a strong emphasis upon ethical decision making, standing in the place of ‘the other’ for their benefit, and this was essentially how I was able to articulate a potential Christian response to the climate crisis”.

As a new member of BBI-TAITE’s Faculty and Teaching staff, Dr Rayson is looking forward to mentoring other postgraduate students new to the study of theology and exploring fresh areas of research on an ecumenical and interfaith response to climate change.

“Across faith traditions, there is a common reverence for the Earth and for celebrating God’s creation and by uniting people of all faiths in a united response to climate change, that could only help to strengthen the global response to such a moral challenge”, Dr Rayson explained.

“Theology is such a powerful way of helping us engage more deeply with the world around us and as Bonhoeffer himself argued, to be fully immersed in God’s kingdom on Earth. I strongly believe that there is little point in studying theology unless we can connect it to the modern world and its everyday challenges”, she added.