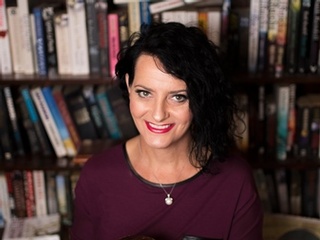 A decision by the Presentation Sisters to ‘give their all’ for the sake of mission over the next 20 years, has led them to make a big investment in the future of theology in Australia by partnering with BBI-The Australian Institute of Theological Education (BBI-TAITE)  to fund the employment of a female theologian with a deep interest in eco-theology.

Dr Di Rayson has joined the faculty of BBI-TAITE and, apart from teaching foundational theology, will also develop courses in her speciality of eco-theology and the thought of the 20th Century German theologian Dietrich Bonhoeffer.

Her position at BBI-TAITE was made possible by the generosity of the Presentation Sisters. 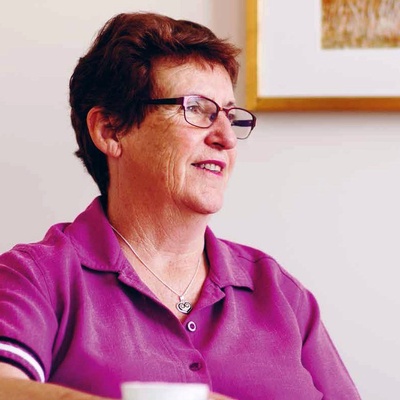 Congregational Leader, Sr Anne Lane PBVM, says the Sisters, whose numbers are dwindling, made a conscious decision to use their available resources for an investment in the future.

“We made the decision over the last few years to use all we have for the sake of mission over the next 20 years because our congregation is beginning to die out,” Sr Anne says.

“So we asked ourselves, what are the key ministries we’ve been involved in?

“Most of those ministries have had a strong connection with new theology, in the areas of ecology, indigenous issues and feminist issues. Like so many religious women, these things have just become a part of us.

“So we were looking for something we could do to ensure this new thinking continued.

“Our sense was that we wanted to stay on mission until we died and do as much as we can with the energy we’ve got.” 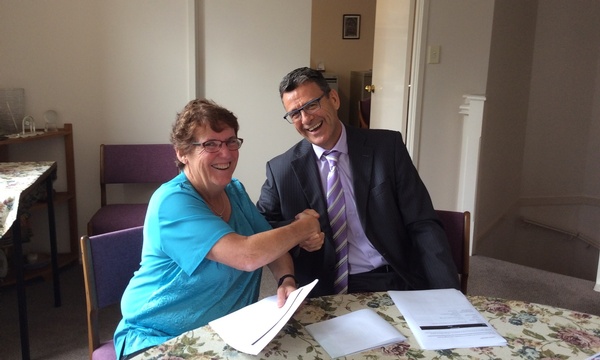 Sr Anne says the Presentation Sisters, who arrived in Australia from Ireland in 1874, are committed to both systemic change and hands-on work. Apart from schools, their ministries have included working with Relationships Australia in the more remote areas of New South Wales. They have also funded the education of Indigenous people through a lectureship at Western Sydney University and they have long supported women theologians and feminist theology.

“Gerard came and met with the leadership team and outlined his vision for this BBI theology position and it aligned almost perfectly with what we had in mind,” she says.

“In the end, it was a decision made by the whole Congregation. We knew this was probably the last project we could afford to do and everyone said ‘Yes please’.” 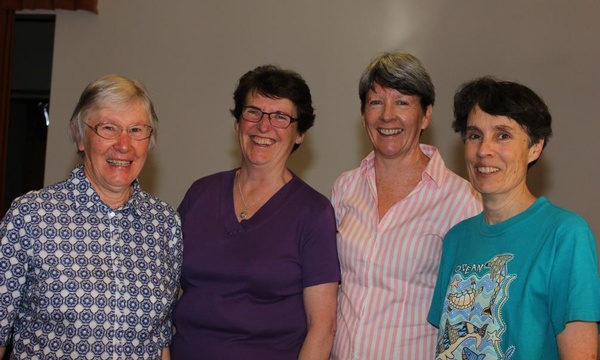 Enter Di Rayson, who completed her PhD in Theology at the University of Newcastle last year in which she took the theology of Dietrich Bonhoeffer and applied his thinking to the problem of climate change and eco-ethics.

She says her new role at BBI-TAITE is a perfect fit.

“It’s just a beautiful alignment of what the Presentation Sisters are looking for as an opportunity for future investment, with my particular interests, gifts and skills. And to be able to bring all of that together is actually really humbling.”

Di, who is married with two adult children, lives on a farm in the NSW Manning Valley. She comes from a career in public health and public policy, having worked in the Northern Territory and Papua New Guinea for a long time before returning to Australia to work in the areas around drug and alcohol policy, and public health and crime prevention.

“I became very interested in how our theology intersects with lived experience and the world at large,” she says.

“My deeper interest in theology began about five or six years ago when I got so cross with the climate change situation and I wanted to do good theological work to engage in public discourse around that from a Christian perspective.”

A member of the Anglican Communion, Di says she has an active faith and is interested in living that faith in public ways.

“I always see faith and ministry as two sides of a coin – one doesn’t exist in isolation from the  other,” she says.

“And that’s the way I teach theology as well, so it doesn’t just remain a personal practice of piety but rather, equips us to reach outwards so that we become a gift to the world.”

Di says she is looking forward to developing new courses in in her areas of interest and study.

“My studies have been about understanding from the resources within Christianity, the problem of climate-change and how we’ve reached this point in history,” she says.

“It goes beyond just looking after Earth to entering into relationship with Earth.

“If we understand who God is, a Trinitarian God, we can appreciate the emphasis God has placed on relationship in creation.

“And we begin to see a different ethic emerging – not of human beings as being at the top of the pyramid but in relationship with Earth and creatures. And that raises the question, that if we are in a love relationship with creatures, what are our responsibilities?”

Sr Anne says the Sisters are delighted to have played a role in supporting growth of these areas of study at BBI-TAITE.