The Feminine Voice at BBI-TAITE

As communities across the world mark International Womens Day on 8 March, it is a fitting time to celebrate the remarkable contribution female academics make to the success of BBI-The Australian Institute of Theological Education and theological research more generally.

The theme for this year’s International Women’s Day is #PressForProgress with communities encouraged to work together to progress gender parity and to think, act and be gender inclusive.

Speaking from her home in the rural town of Porongurup in Western Australia’s south-west, one of BBI-TAITE’s young lecturers Dr Michelle Jones reflects upon what led her to teach theology.

“I felt a strong calling to a life of contemplation and as a consecrated woman living in a rural community, BBI-TAITE allows me to teach my students online from a remote location while also living out my religious vocation at the same time”, Dr Jones explains.

“In many ways, theology is about a vulnerable God, yearning to be birthed within the vulnerability of humanity. I suspect that women – who, ideally, allow themselves and others to find the strength of grace in the marginalised, broken areas of their lives – have an essential contribution to make when it comes to uttering words about this unutterable Mystery.”

“I would like to put together a unit at BBI-TAITE on the Women Doctors of the Church including St Catherine of Siena, St Teresa of Avila and St Therese of Lisieux who although they lived centuries ago, still have such rich insights to offer Christians in contemporary Australia today”, she added. 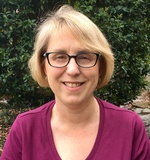 Fellow BBI-TAITE lecturer Tracy McEwan is undertaking a PhD, exploring the religious identity and participation of Generation X women in Australia who currently or have previously identified as Catholic.

“The Generation X women may not have been active members of a Church community, but tended to express their faith more through practical, volunteer work with groups such as the St Vincent De Paul Society”, she added.

“As a feminist theologian, I believe it’s particularly important to celebrate the everyday experience of Catholic women in the Church, to relate those experiences to the modern world and to draw lessons around how the Church can better engage with women in today’s society”. 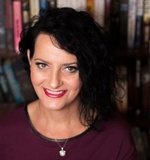 Based on a farm in the rural town of Wherrol Flat in the NSW Manning Valley, BBI-TAITE lecturer Dr Dianne Rayson was drawn towards the study of theology only five years ago after a career in public health and public policy focused on working with disadvantaged communities in the Northern Territory and Papua New Guinea.

“I became frustrated with the lack of a Christian voice at that time around what I see as one of the seminal issues of our generation- climate change”, Dr Rayson said.

As a Master of Theology student, Dianne Rayson received a Flechtheim Scholarship which led her to studying the theology of the prominent  20th century German theologian, Dr Dietrich Bonhoeffer.

“It was through Bonhoeffer’s writings that I could see a contemporary Christian response to global warming and this formed the basis for my PhD research”, Dr Rayson explained.

“In addition to researching feminist ecotheology, I am now looking towards applying Bonhoeffer's theology to other important public policy areas, such as rape culture on university campuses, and the ecological effects of war.” 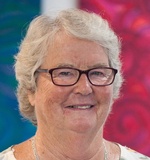 BBI-TAITE Lecturer Dr Catherine Thom RSJ says the unique mission of women as leaders in the Catholic Church was celebrated in the documents released at the conclusion of the Second Vatican Council in 1965, but its message has not been fully heard in the Church today.

“The Vatican II documents described women as the first educators of the human race and urged women to watch carefully over the future of our race, holding back the hand of man, who, in a moment of folly, might attempt to destroy human civilisation”, Dr Thom explained.

“Pope Francis has also expressed his personal view that the presence of women in the Church has not been emphasised much because as he put it, ‘the temptation of machismo’ hasn’t allowed a space to make visible the place of women in the community.”

“This highlights the fact that the fruits of Vatican II and especially its writings on the mission of women in the Church have sadly not yet been fully realised and International Women’s Day is indeed a good opportunity to reflect upon that and look at ways of promoting a more inclusive Church for current and future generations of women”, Dr Thom added.